It is a popular event every year – zoos across the globe accept donations of old Christmas trees to give to their animals of all sorts. Some collections also use pine and spruce as a regular part of their browse menus for certain browsing animals, in particular moose.

But the feeding of pine trees to animals remains a controversial subject; some are strong advocates for it, others are more reserved and concerned about poisoning or gut impaction.

Is it safe? It appears so. Some animal species certainly tolerate it better than others. Collections report that they have successfully fed Christmas trees to their animals for many years with no [obvious] adverse effect. But be mindful, because there are some hidden risks and some species of pine trees could very well cause serious issues!

This appears to be a significant problem in parts of North America amongst farmers, occurring most frequently in the Western United States and Western Canada. The costs of pine needle abortion (PNA) to the US cattle industry can annually reach hundreds of millions USD.

PNA is linked to several chemicals found in the foliage (needles), bark, and fruiting bodies from multiple conifer species. These chemicals have been classified as abortifacient chemicals and cause abortion in a dose-dependent manner; particularly Ponderosa Pine (Pinus ponderosa) is linked to these events.

After decades of research, isocupressic acid (ICA) is the prototypical abortifacient compound commonly referred to as the toxic principle of PNA. Upon exposure to toxic doses of ICA, adverse effects occur. Vital blood flow to the placenta is reduced leading to foetal stress and/or foetal death depending upon the gestational age of the foetus. Pre-term calves typically die in uteroresulting in abortion. Late term calves may survive to the time of premature parturition which results in either stillbirth or weak calves. Following abortion, the adult cow is susceptible to other reproductive complications. 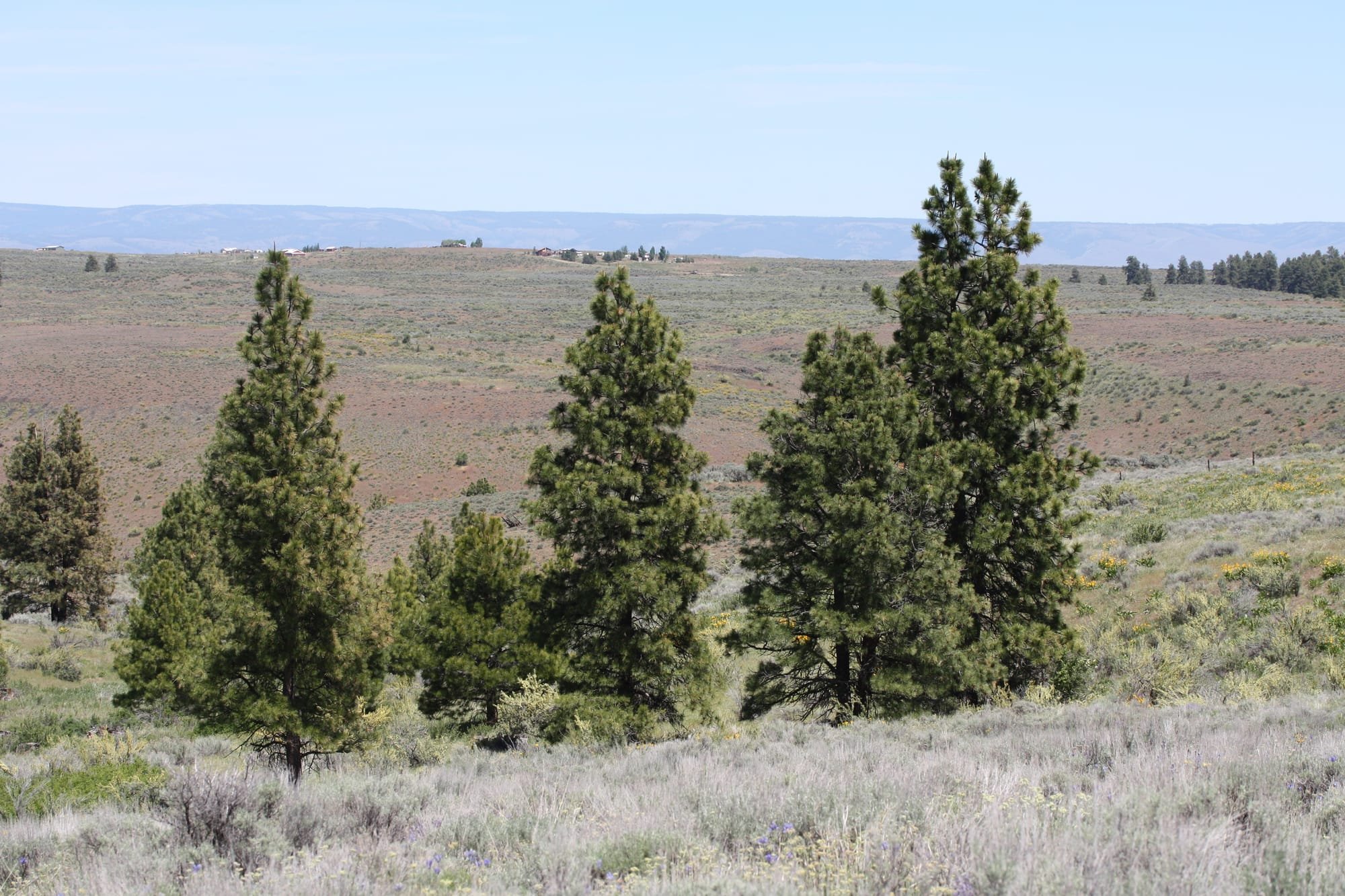 Cattle - Cattle consuming experimental diets with pine needles had abortion, premature parturition, and marked placentae vasoconstriction (constriction of blood vessels). Rumen transfaunation failed to protect cattle from PNA. Despite resistance of sheep to PNA at comparable doses fed to cattle, there was no protective effect observed when cows were pre-treated with transfaunated ruminal contents from sheep.

Sheep - There is contradicting evidence on the effect of pine needle consumption. Classical signs of premature parturition and abortion have not been reproduced in experiments. No abortions were observed but there was a significantly increased number of stillbirths compared to control fed ewes. In contrast, lambing rates were not affected by up to 50% dietary pine needle consumption. Despite these contradicting results, researchers have demonstrated that sheep have physiological responses to pine needle exposure by vasoconstriction in placentome models.

Rodents - Generally, pine needles cause reproductive dysfunction, embryonic mortality, reduced foetus weight and abortion in mice. Anti-oestrogenic activity in Ponderosa pine (Pinus ponderosa) causes decreased uterine weight in both mice and rats. Few foetal deaths are observed prior to day fifteen, but the incidence of foetal death reaches 80% by day sixteen of gestation. Other changes in mice in studies included temporary loss of coordination, temporary lethargy, weight loss, splenic atrophy, adrenal gland hypertrophy, and dam mortality if dead foetuses were not expelled. Some researchers observed variable outcomes as well as extracts containing abortifacient factor fail to produce abortion in mice. Instead, the mice that received a high concentration of ponderosa pine needles extract had diarrhoea as well as a decline in feed intake.

Other effects from pine needle consumption

Pine needles have long been known as nephrotoxic (damage to kidneys). Increasing pine needle concentration in diets to over 25% markedly increases nitrogen loss from faeces and urine suggesting intestinal and renal damage and dysfunction. Renal proximal tubular necrosis and pulmonary congestion (accumulation of fluid in the lungs) have been reported in cattle consuming pine needles.

Some anti-nutrient effects of pine needles may be explained, in part, by alterations to rumen microflora. Supporting evidence for rumen microflora alterations comes from studies that demonstrate altered bacterial and protozoal and altered metabolism. Pine needle-fed cattle had drastic changes in ruminal microflora, including bacteria and protozoa, expected to reduce metabolic end-products and nutrient utilisation.

Many ruminant species have the capacity to adapt to plant toxins through rumen and systemic metabolism. This has also been demonstrated in cows that were slowly conditioned to Ponderosa Pine needle consumption. Compared to naïve cows, serum and rumen cultures in conditioned cows showed a more rapid metabolism of ICA and ICA metabolites. This is of course encouraging as it may mean that you could reduce the risk of poisoning if the animals are slowly conditioned and are otherwise offered a healthy varied diet.

However, there isn’t enough research available to make these assumptions and caution should prevail.

Publications about pine needle complications, including the data mentioned above, doesn’t make it clear whether the information provided is all concentrated on Ponderosa Pine or whether the other adverse effects described can be caused by conifer species in general. 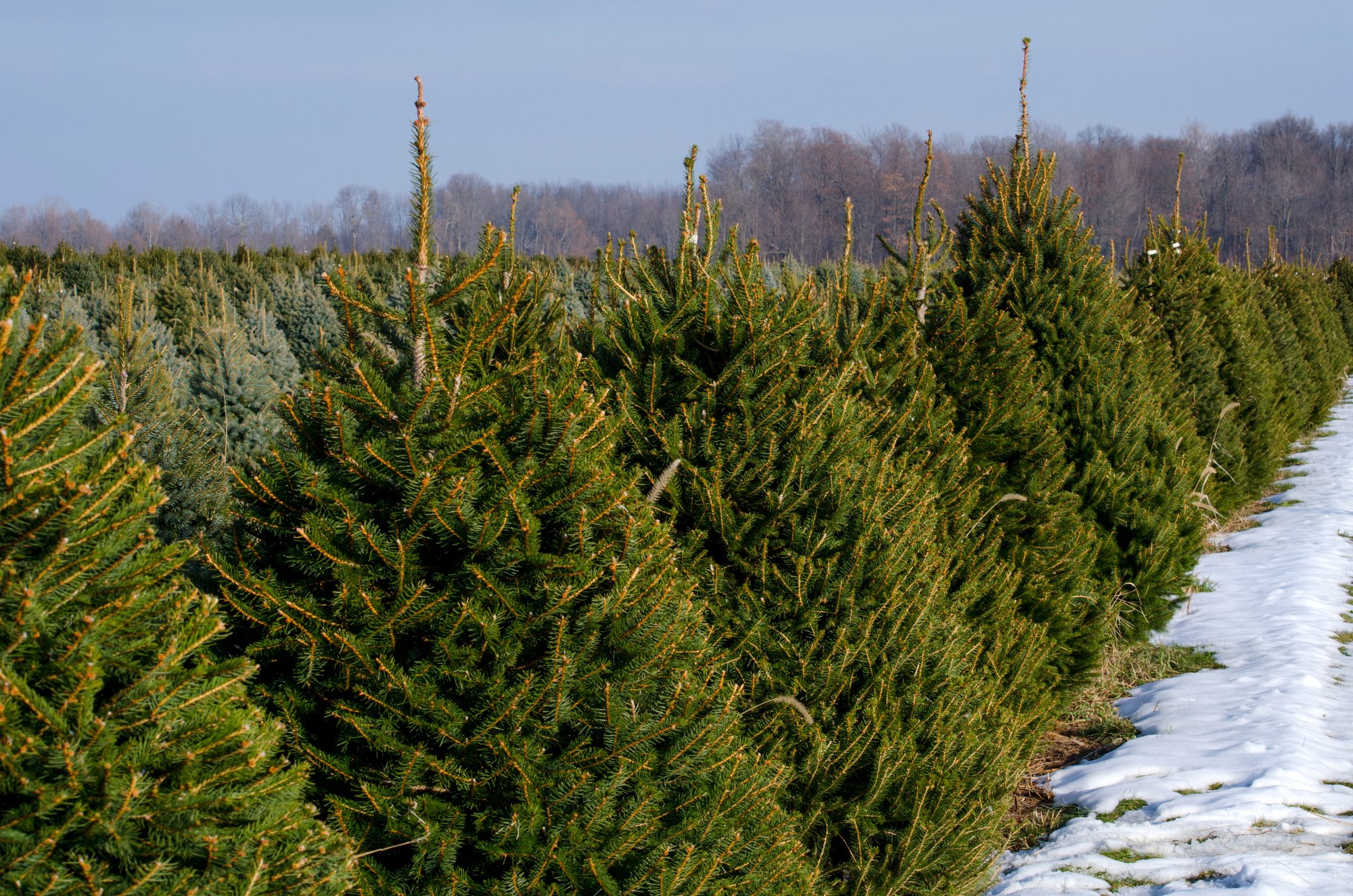 Let’s have a little closer look at what we can find in the most common Christmas trees: Norway Spruce (Picea abies), Nordmann Fir (Abies nordmanniana) and Douglas Fir (Pseudotsuga menziesii).

The Norway Spruce is a source of pitch (used as varnish and in medical plasters) and turpentine (a waterproofer and wood preservative), both obtained from the resin within the wood. The bark contains around 13% tannin.

Douglas fir contains 40 different chemical compounds. Some of these compounds have pronounced antimicrobial action on rumen microorganisms as already mentioned in this blog. In one study, the antimicrobial action was most pronounced in domestic sheep, followed by black-tailed deer which had never been exposed to fir needles before the study. Deer which had been reared in a fir habitat suffered the least from the essential oils. In another study, black-tailed deer browsed heavily on seedlings and new buds of Douglas fir, yet avoided mature fir needles containing substances that have inhibitory effects on the rumen.

Although not used as a Christmas tree, Scot’s Pine (Pinus sylvestris) is often used as fodder for a range of browsing animals in areas where it is difficult to obtain other browse items, especially in winter times. This species also contains a resin from which turpentine and pitch is obtained. A dye is obtained from the needles and they also contain a substance called terpene which has a negative effect on the germination of some plants. Scot’s Pine is very high in tannins; leaves and bark contain up to 20%!

The wood and resin from various species of pine can cause dermatitis in sensitive people.

Gastric impactions and irritations have been observed in horses, cats, dogs, rodents and birds. Gastric perforation is also possible, especially in smaller animals and has been reported in dogs and cats.

Finally, pure essential oil of pine is considered highly toxic to animals and should be avoided altogether!

Should we feed Christmas trees to our captive animals?

All in all, there are a lot of chemicals hiding inside pine and spruce trees. Even if ‘Christmas trees’ aren’t considered toxic to most animals with no obvious ill effect reported or any research available demonstrating potential long-term effect; we should ask ourselves if we are feeling comfortable feeding these types of plant constituents with such properties to our animals?

In the wild, only few animals consume conifer trees and it is usually animals that have evolved and adapted to fir habitats. Conifer trees contain a lot of essential oils which are unpalatable and we know that they interfere with digestion in wild deer who in return limit their intake of plants containing high levels of essential oils. Free-ranging wild herbivores eating a variety of foods have an opportunity for repeated non-lethal exposure to many secondary plant constituents and are therefore more capable of coping with toxicants than livestock or captive-reared wild animals would be. As the Christmas tree extravaganza tends to be a seasonal event, domestic and captive exotic animals may consume more of the plant material at one time than is appropriate and the animals won’t have a chance to slowly adapt to the plant toxins either. Even for an annual returning event, for gut flora to adapt to specific toxins, it has to be a gradual, continuous supply.

The author does not suggest the feeding of Christmas trees should stop or be discouraged nor does the author encourage it. However, the author would like to emphasise the importance of correct identification of conifer species if choosing to feed it out and to be aware of the potential risk associated with it and manage the feeding accordingly.

Hafizoglu, H. And Reunanen, M. 1994. Composition of Oleoresins From Bark and Cones of Abies-nordmanniana and Picea-orientalis. HOLZFORSCHUNG , vol.48 , 7-11.

Plants For A Future – www.pfaf.org

(the cover photo is borrowed from www.socialstudiesforkids.com)